Well…I’m trying to be back! This truly has been a most horrible year in many ways. Yes, some serious shit went down. But I have found that, try as it might, when the aforementioned horribleness goes down, it does not have to take you with it. No, it does not.

Adversity and pain, I laugh in your puny, spotty, and weak-chinned faces! And I intend to prove that here, by sharing with my ever-faithful 4 (actually I think I’m down to 3 after my extended break) readers, myriad frivolous photos of…

If you have never had the privilege of meeting Lord Andrew, you need to make that a priority – stat. This man is a beast of an enigma, with the craziest stories from his youth and the oddest of current life choices. He has lived in Sri Lanka, Scotland, Wales, Greece, Malta, and Luxembourg. He has owned tea plantations and been chased by a wild elephant. He owns a fire engine red Lotus but doesn’t drive it. He is a Lord but lives with his parents in Edmonton.  He was featured in a 1985 edition of Flare magazine as one of the top ten bachelors in Canada – right beside Mario Lemieux.

Pics or it didn’t happen. 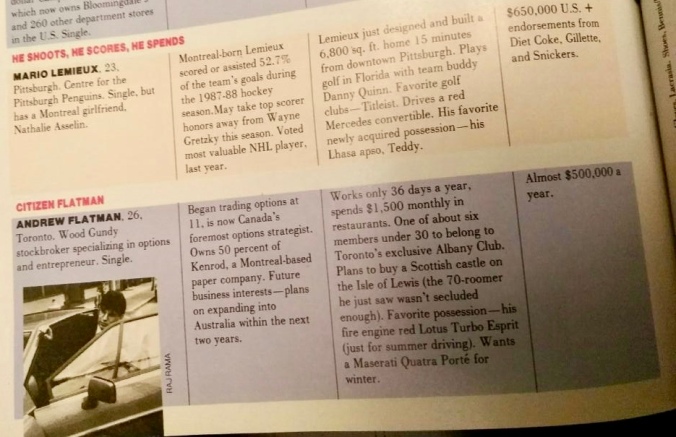 Clearly, a 50th birthday party of Lord Andrew’s calibre was in order.

However, unfortunately for my noble friend, I have report cards due and I am also addicted to eating too many muffins every Saturday and Sunday at Credo (which seems to take up a good chunk of my weekend – proper attention to the ingestion of baked goods is so important!), so the party ended up being about 3 calibre levels too low, but OH WELL.

I went with a MOD MADNESS theme to commemorate the year of our Lord’s birth – 1967. We are talking Mary Quant and British Invasion and poofy hair and gobs of eyeliner. I didn’t decorate that way, though. Like I said, the lure of the cornmeal muffin was too strong to get into authentically period details. I went straight for the golden 50 sort of decor – way more Lord Andrew. 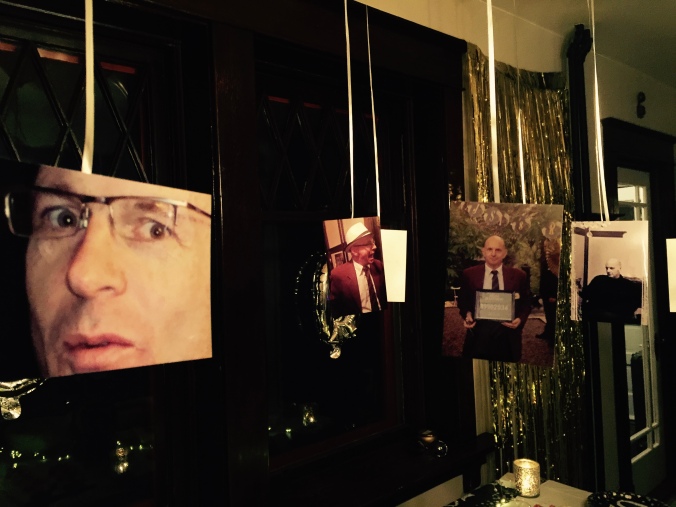 There was mod madness everywhere. Some rando dude with a full head of hair was striking a groovy pose. 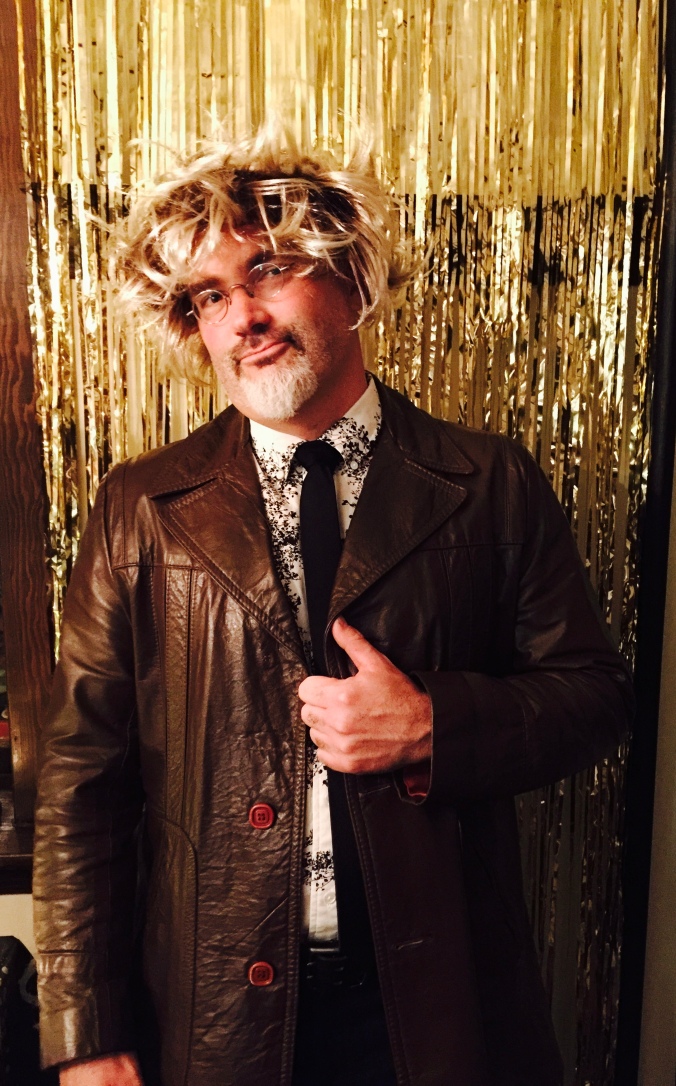 I tried to do a poofy beehivey hairdo but failed when I realized that I do not own hairspray or styling products. Look at that super miniature poof. Ugh.

Some hippie types showed up at the wrong party. This is mod madness, people! Not tie dye and poncho weaving 101! 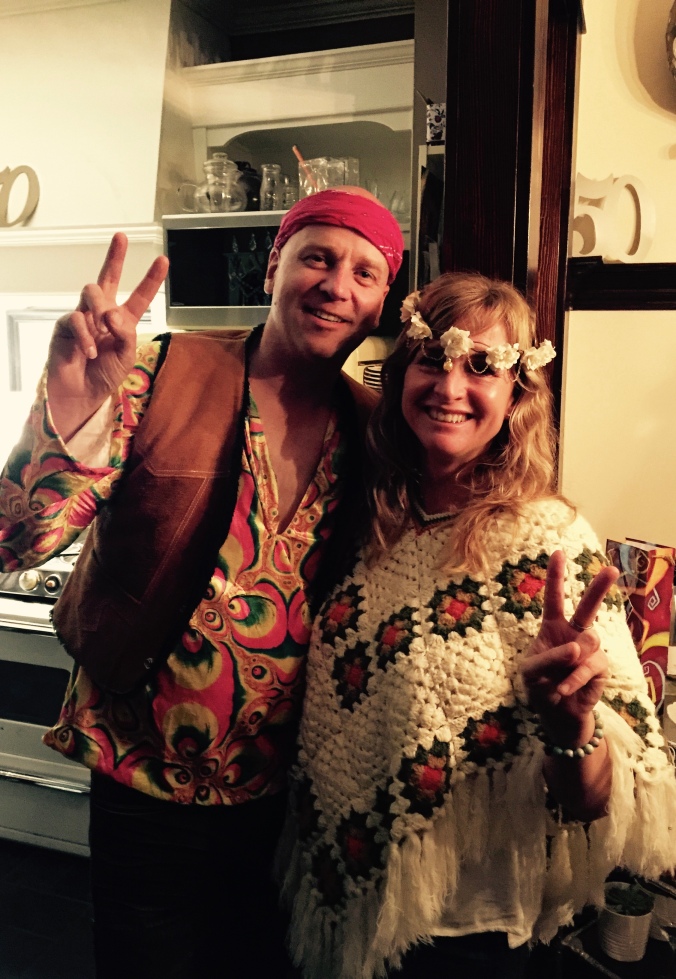 Of COURSE, the guest du jour thought he would be allowed to celebrate in his Tommy Hellfinger and slippers, sans modness.

I soon fixed that. 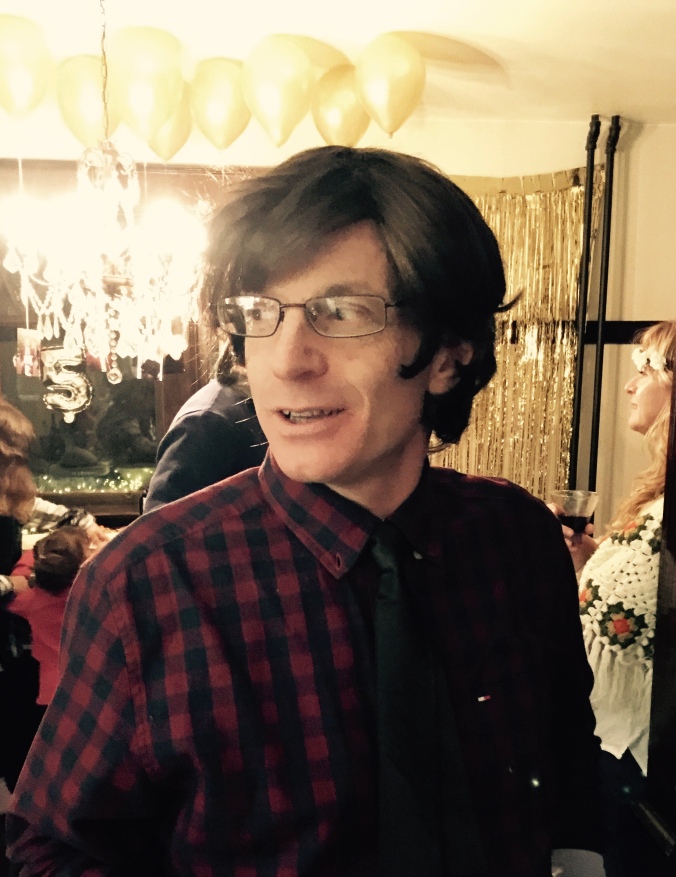 I also fixed Lord Andrew a signature cocktail for the night – a riff on his favourite drink. Now I know, I know. You’re thinking, what could such a lord’s favourite drink be? Classic gin and tonic? Expensive Moët & Chandon Dom Perignon White Gold? Perhaps a wee dram of Isabella’s Islay?

Milkshakes. Milkshakes are his favourite drink.

So milkshakes it was!

After fortifying ourselves with food, milkshakes and a rousing game of “Who is Lord Andrew Clinterty?” trivia (apparently one can lose one’s virginity over the time and space of a continuum of approximately 21 years), we headed out to karaoke.

If you have never been privy to Andrew’s karaoke skillz, you are remiss. Andrew is famous for his signature two microphone rendition of “Benny and Jets”, among others.

And here is the Karaoke King himself!!!

Very artistic. (That’s creative code for grainy and blurry). Accompanied by the world’s largest beer to my left.

Still havent found what youre looking for

A Random Blog of Personal-Ness

Seen and Heard in Edmonton